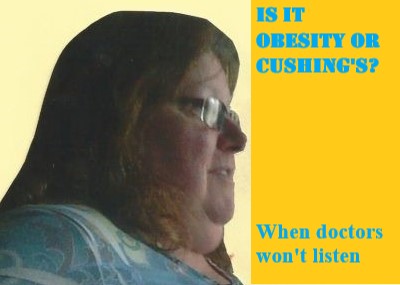 Chapter 2: Am I Paranoid Schizophrenic?

By late afternoon, I am taken out of lockdown and put into room 206, a semi-private room in the mental ward of the hospital. It looks like any other room in any hospital. I have no roommate and don’t like being isolated; it gives me more time to wonder about my wacko behaviouror, speculating about whether I have inherited mom’s disease. I have my mother’s colouringbut my father’s features.

Alone in the room, alone in my thoughts, knowing what sent me over the edge, wondering what is happening to my life, I’m startled by a rap on the door. A nurse pokesher head intomy room, “The Psychiatrist would like to see you. Follow me,” she says.

I tag along watching her back not paying attention to where I am going. There is no nameplate on the door we enter. It’s a stark office with a desk, three chairs and no personal family photographs, books or certificates. Nothing to signal ownership. A white-coated doctor sits behind a desk and looks at me, then drops his pen on his pad. He says thank you to the nurse who leaves, closing the door behind her.

He motions to the chair across from his desk. “Have a seat.”

He is dark skinned, and I wonder what nationality he is. Looking at his name badge doesn’t help. There is no way I can pronounce that name.

“Do you have no any concerns?” he asks.

I must have looked at him shocked. Between his heavy accent and his odd phrasing of words, I’m not sure what he’s asking. And he’s looking at me like I’m slow, because he says again almost irritated, “Do you have no any concerns?”

A few more now. They’re growing by the minute. Of course, I’m concerned, I’m in a frigging mental ward. Is that a question? How am I to answer that? It’s too general. I need a specific question; concerns about what? About my hospital stay, the room, the nurses, about my life and what part of it?

“I think I am paranoid schizophrenic like my mother.”

There I did it. That’s a legitimate concern. Maybe it will be all right.

“No any paranoid person would walk in my office and articulate that. They try for hide it and that was the one thing you say first. So, you no any paranoid.”

Oh My God, even though his English is poor, I think I understand him. I don’t know if that makes things better or worse. And I think of the eye doctor when he’s examining your eyes and asks better or worse and when it gets to that point where you just aren’t sure; that’s where I am. His words are a relief. I’m not a paranoid schizophrenic. I had worried for years I would be like my mother. I trust what he says as truth.

The Psychiatrist picks up his pen again. “Do you know why you are here?”

“What number medications you take?”

“Medications? I don’t know what you mean.”

And then I recognize Bob’s gym bag on the corner of his desk. He stands up to place the bag between us on the desk.

“You recognize this?” he asks.

The Psychiatrist opens the bag. “Your husband find medications. Did you take?”

It’s a bag of failure, a multitude of good intentions, inspired by doctors on television, or magazine articles over the past ten years to eat right, exercise and supplement with vitamins. A reminder that, I can’t stick with any program.

When the vitamin pills are scattered between three bathrooms and kitchen cupboards, it doesn’t seem a lot until you see them dumped in one bag. Most of these bottles have been kicking around our house for years and are long expired but getting rid of them is a hassle. You can’t flush them down the toilet or put them in the garbage. I always forget about them on hazardous waste day when I get rid of my paint cans.

The Psychiatrist stares into this bag without examining the bottles. He doesn’t even put his hand in the bag to move them around. He sits forward in his chair, looking at me, expecting me to come up with some revelation of some kind. They are frigging vitamin pills. What does he want from me? Yeah there are a bunch, but many of the newer bottles only have a few pills out, because when they make my stomach bloat, I stop taking them and try to find other ones which my body can tolerate. He looks at them as some kind of evidence; for what I can’t imagine.

“What number medications you take from the bag?”

“I am not on any prescribed medications from my doctor. I took vitamin A, C, D, E, and the two homeopath liquids my Chiropractor gave me, a liver-detox and lymph something drops.”

“Here 37 bottles your husband find and put in bag. You take each?”

“No. Four vitamins and the homeopath stuff.”

“How you are feeling now?”

“There’s something physically wrong with me. It’s really serious. Whatever this thing is I have, it’s weird. I’m weak and my stomach bloats up huge.”

The Psychiatrist lays his pen down, falling back into his chair.

“I feel like I will collapse, am weak all over and get tired out fast. My head is in a fog and I get confused with pressure in my head. Sometimes my words get mixed up and my eyes are gummy and blurry.”

He stops looking at me, his eyes roaming the ceiling, his arms crossed. This Psychiatrist is just like my family doctor, Dr. Smith, who won’t even acknowledge that there’s something physically wrong with me. He looks at me like I’m fat and lazy, just like Bob; like I won’t help myself by dieting and exercise.

If it weren’t for Nurse Hill, the only one who listens and believes me, I wouldn’t know what’s wrong with me. It’s hard to believe it was only 2 weeks ago that she told me about Cushing’s disease.

I’m at Dr. Smith’s office so much, I don’t even bother sorting through the magazines. I’ve read them all. Nurse Hill calls my name and takes me to an exam-room.

“Dr. Smith is on holidays, so you will see a locum doctor,” she says.

I wonder what kind of doctor that is; locum at least it isn’t “loco,” but I never question, it isn’t my nature.

The nurse does the usual blood pressure and temperature.

“So how are you feeling?”

“I’m really sick but I have so many weird symptoms.”

“Like?” Nurse Hill takes out a pen and paper and lists them as I speak. She believes what I’m telling her! I don’t have to convince her I’m sick. I can relax, reassured that she’ll help me.

With no hesitation, she says, “This sounds like Cushing’s Disease.” She taps diligently on her computer keyboard until the screen displays large letters reading: Cushing’s Disease and Syndrome. “Yes, you have almost all the symptoms listed here. I will recommend blood work be done to investigate this. The locum doctor will be in shortly,” and she leaves.

I let out a big sigh. That it could be so easy after all these horrible months of suffering. Going back and forth numerous times complaining about these same symptoms, with Dr. Smith dismissing them and me over and over again.

I wait, hopeful. The locum doctor sits down. He examines me and questions me further and writes out a requisition form for me to take to the lab to have blood work done at eight AM, precisely.

I’m the first one in line at the lab the next morning. Back home, I check many websites on Cushing’s disease, and they are describing what is happening to my body. The more I read about it, the more certain I am I have it.

And now here I am stuck in this hospital when I need to follow up on the blood work results.

I want to put the pen in the psychiatrist’s hand, so he can write what I am telling him, instead I talk to his raised chin hoping to attract his eyes again.

“My stomach bloats up huge when I eat something I’m allergic to. I can’t tolerate wheat and think a lot of those pills have wheat fillers in them. That’s why I stopped taking them. I think I have Cushing’s Disease.”

Something on the ceiling is still more important than me. But his disinterest doesn’t stop me.

“I have almost every symptom of Cushing’s.”

“How your emotions are feeling?” He’s looking at me again, with his pen poised on the pad. “Did you have no any hallucinations?”

I can’t lie. He’s here to help me. “Once when I was watching The Sorcerer’s Apprentice on TV. You seen the movie?”

“Well it doesn’t matter. I thought the wizard was talking directly to me, giving me instructions. Like he could see me, and we were having a conversation. He was stirring a cauldron, making a potion. Bob started laughing. I asked him what was so funny.”

“I thought he was making fun of me. When he told me what the wizard said, I was shocked, because that wasn’t what I heard. Bob wasn’t hearing the same thing I was.”

He stopped writing and looked at me. “What you hear?”

“The wizard told me I had to set up my own school, so I could cure people of diseases. He said the problem was the food. The farmers were killing us. Feeding their animals crops saturated in chemicals then fattening them up with hormones.”

He leaned forward. “Why you think your husband laughing at you?”

“Because he thinks I’m too stupid to head up my own school.”

“What the wizard tell you?”

“He told me to ask Bob questions. Then to use the first letter from the third word in his answer and attach a food to it. Like if the word is going, G could be for garlic.”

“What you are doing this for?”

“To get the recipe for the cure. I needed the ingredients. Bob watches all the cooking shows. I thought I decrypted the wizard’s code and could save the world with my secret potion.”

“Do you still want to set up school?”

I relax back in my chair. “No. That was crazy. I was more than a little off then. But it was strange. Seemed so real. Like the actor was talking to me personally. But I noticed his lips were out of sync with the words. I thought that at the time but chalked it up to technical difficulty with the TV.”

I smile, happy to have someone who will listen to me. “I am happy because you might be able to figure out what’s wrong with me.”

He smiles for the first time. “You go now,” he says.

I leave his office feeling good. Although I’m certain I have Cushing’s, I can’t rule out that strange thing that was in my underwear three days ago, at home. It could be a parasite. Bob and I had looked at it underneath a magnifying glass and we couldn’t tell if it was a bug or threads of material stiffened to resemble a bug. It was too small. It could be a parasite. I want to be open minded and not get stuck on one thing at the exclusion of all else. I’ll ask Bob to bring the box with the thing in it and the psychiatrist can check it out under a microscope. Everything is going to be fine.

We're currently offline. Send us an email and we'll get back to you, asap.

Type and press Enter to search